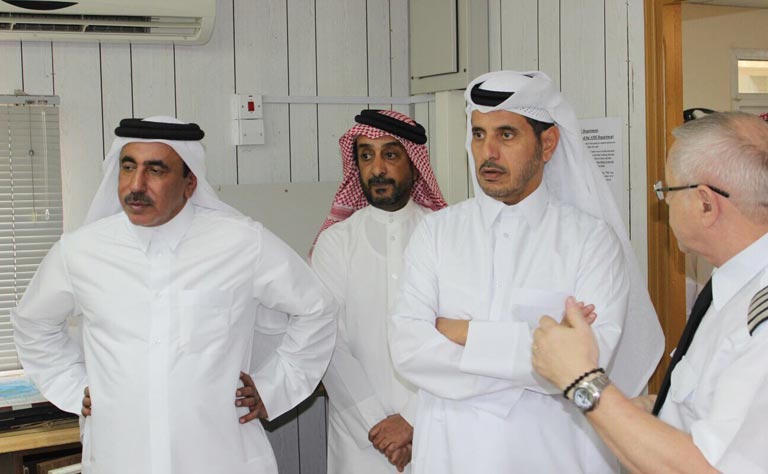 The Premier toured various sections of the Academy including the following departments: Meteorology, Air Traffic Control, Foundation Program and the Engineering and Maintenance of Aircrafts, where he was briefed on a number of laboratories and programs of practical training offered to students as well as the satellite station.

The Prime Minister and Interior Minister visited the section of employees of the Ministry of the Interior, which includes security management and Passports, where he was also briefed on the lessons being provided to students by the staff of the Academy.

At the end of the visit, HE Sheikh Jabor bin Hamad bin Mohammed Al Jabor Al-Thani, Director General of the Academy, expressed his thanks and appreciation for the visit that will push and encourage staff at the Academy in order to raise the scientific and technical level of the academy and make it the level that achieves the aspirations of the State of Qatar.

The Prime Minister and Interior Minister was accompanied during the visit by HE Minister of Transport Jassim bin Saif Al Sulaiti.